Team members on Target’s technology teams are strongly encouraged to have regular development conversations with their leaders. Also, as part of Target Tech’s "50 Days of Learning," team members are encouraged to expand their horizons and look for learning opportunities outside of their typical jobs. Sometimes these personal development check-ins are to talk generally about workload, learning, career paths, and goals; other times, they can be more specific.

One such conversation that took place over a year ago between the authors, Nii Quarshie, lead cybersecurity analyst, and team leader Brenda Bjerke, senior director, started as a typical check-in meeting. “Nii and I have worked together since 2013, and when he approached me about his desire to take on more leadership opportunities in his career, I knew that I wanted to think outside the box to find something that would be a perfect fit,” Brenda recalled. We are excited to share how thinking differently about leadership and mentorship resulted in an incredible partnership that has been a huge benefit to both Target and our greater community.

The meeting began as many of these meetings do – it was a regularly scheduled development conversation that we have on the calendar every quarter. As the meeting began, Nii described what types of skills he was looking to develop, which included building on a few leadership experiences over the last couple of years, Brenda realized she may have an idea that would offer a bit of a different path for Nii’s development.

As we continued chatting, Brenda thought of Blacks United in Leading Technology (BUiLT), an organization with which she herself had recently gotten involved outside of work. “We started talking with BUiLT a few months prior to sitting down with Nii, as we were looking for ways to get involved in the organization,” Brenda shared, “and I thought right away that there might be a good fit there that was worth exploring.”

Nii was open to thinking creatively about how he could achieve his immediate career goals and reflected that “the meeting with Brenda opened my eyes to opportunities available to me outside of Target that I may not have otherwise considered,” and emphasized “I was excited to have Brenda’s support in thinking differently about ways in which I could develop as a leader.”

BUiLT is a non-profit organization driven to increase the representation, inclusion, and advancement of Black people in technology. To achieve this goal, BUiLT uses a combination of community-focused activities, events, and programs aimed at creating and equipping Black technologists to be successful in the industry. These goals are right in line with Target’s company’s core value of inclusivity. Brenda saw Nii as someone who, in addition to being a successful Black technologist, might be passionate about the organization’s goals. As a Target technology leader, Brenda is focused on inspiring more people to pursue careers in technology, and especially on supporting underrepresented professionals at Target and throughout the industry, so BUiLT felt like a great fit.

Once Brenda confirmed that Nii was interested in learning more, she made an introduction to the Chairman of BUiLT, Peter Beasley, who talked to Nii about their team and ways in which he could get involved and make an impact. From day one, Nii has been hands-on with the team at BUiLT, learning a ton and sharing his knowledge and experience from his role at Target, and bringing learnings back to Target from BUiLT. “It’s been fantastic to see Nii thriving,” Brenda shared, “I knew there would be some great synergy there, but it’s been even better than I imagined.”

As we reflect on the work we’ve done together both at Target and with BUiLT, we want to share a few tips on what made for a successful development conversation for us, in the hopes that they’ll help you in your future conversations.

It sounds basic, but are the meetings on the schedule? Do you have development conversations regularly? The most important first step is to work on setting up a regular cadence of development conversations. These will allow you to check in with one another, discuss any goals and aspirations, and level-set on how things are going. We always include a moment for a retrospective on how things have gone since our last meeting, with a goal of using that touchpoint to tackle what’s next.

For leaders, we challenge you to develop your team members in ways that may seem nontraditional at first. Think creatively about how you look at team members as people within a broader community. What skills do they have that may benefit an outside group? Are there things outside their core day-to-day responsibilities that could be honed and improved upon? Also, think about coaching and how the needs of one organization may be very different from the needs of another. Brenda advises, “I realized that not every organization is like Target, and the skills that may be easy to find or cultivate in a large corporation like Target are very different inside a smaller non-profit organization like BUiLT.”

As part of our mentorship, Brenda schedules regular follow-up check-in meetings with Nii that now focus on his work with BUiLT as well as his day-to-day responsibilities at Target. Brenda's knowledge of the organization has been helpful as we navigate this new relationship together, but it’s not required when mentoring. “Be creative and proactive when thinking about connecting the dots for a team member...,” Brenda recommends, “dig deep in your networks if there’s not an immediate great fit that comes to mind. Chances are, you’ll know someone who knows someone who can make the right connection to help make an introduction.”

For team members, it’s important to come into the chat with an idea of what you want. Are you looking to learn to lead a team? Are you hoping to hone specific skills? Having a concrete idea of what it is that you are hoping to achieve will help your leader steer the conversation using their knowledge of what leadership opportunities are available to you. To that end, thinking about your goals, writing them down, and refining them prior to your development meeting will ensure you maximize the time with your leader and drive the conversation towards what you are hoping to achieve.

We have always known that community plays a big part in growing networks and building careers, but we may have underestimated the importance of community outside of one’s current company. In working together both at Target and now at BUiLT, we have seen first-hand how a strong community acts to open doors for its members and lifts people up. When we both connected and dedicated time to working side by side with members of the BUiLT team, it felt as though we were building community within a community – and one that exposed us to different perspectives. “With Brenda’s help, I’ve been able to create lifelong connections,” said Nii, “the network I’ve built has been invaluable to me as I not only give back to my community, while I also work to build a career that challenges me and fulfills me.”

“It’s been a real full-circle moment for me,” Nii added, “it’s been really cool to have people approach me to ask how I was able to do what I’ve done so far with BUiLT, and to be able to mentor them as a way of paying it forward.” The exposure to different perspectives has helped Nii look at some of his challenges in his job at Target in a new light, and vice versa. He’s been able to bring so many of the things he’s learned in a larger organization to life at BUiLT as he expands his network and begins to bring others into the fold.

With Nii’s interest and participation and Brenda’s mentorship, Target is now involved in more ways than ever with BUiLT and is making real strides when it comes to having a positive impact on diversity in technology. Following their initial conversation, Nii assumed the leadership role of BUiLT Chapter President in the Twin Cities in April 2021. Since his onboarding, Nii’s leadership has been vital in growing the chapter and membership and has made a significant impact in the organization in just a year’s time.

Nii has brought others into the fold as he supports events for BUiLT, including training and development sessions led by Target tech team members. He's organized technical training covering Python and Blockchain led by Anthony Holloman from our Cloud & Compute team and Daniel Obembe from our Data Science team. We hosted a career development session on preparing for roles in tech led by Reggie Wooten from our Talent Acquisition team. Nii has also worked with Andre Washington, an engineer within our Corporate Systems team who joined Target through the Dream Corps program, to become a volunteer on the Twin Cities chapter leadership team. The Twin Cities chapter is thriving due to Nii’s leadership and saw a 95% increase in reach across the BUiLT community in 2021.

Looking into the future

We encourage technology professionals and their leaders to think differently about leadership opportunities. Being open to non-traditional opportunities can really open the door to so many amazing experiences.

It’s been incredible to see what we built out of that one initial development chat and the positive impact we made on such an important issue for our community in just one year. We are looking forward to seeing what this next year brings and how we can grow our involvement with BUiLT and other organizations focused on serving our communities. 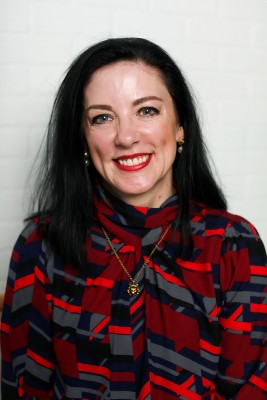 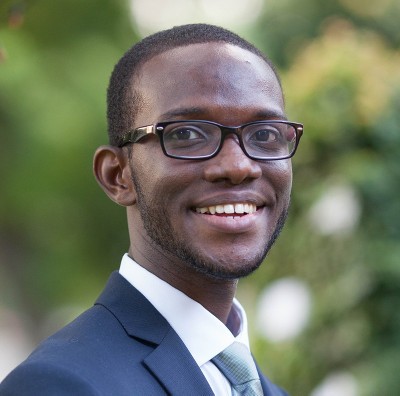