When containers become unhealthy in production environments, a nuclear action is often the best option. When it comes to a security alert however, a different approach is needed. Nuclear actions have been the default answer for too long – there are better ways to handle the encompassing analysis, visibility, and containment for a container that can benefit security analysts in the process. We saw a gap in industry resources that covered these parts in a whole and in the context of analysis and containment... so we created a cumulative resource for our use at Target tech, and wanted to share it out with the community.

Docker created the common use of containers in the information technology sector in 2013. While hardening these containers has been an ongoing effort, responding to them is relatively new. There are a variety of container monitor solutions with the main purpose to perform health checks based on baselines or thresholds, but due to the nature of a container performing one action very well and immutability, the actions applied the container are far different than the actions that can be applied to the platform (host) that the container runs on.

Design and access constraints are the biggest hurdles to interacting with a container. We want the container to not allow remote connections for user connections, which makes it a good practice to send an alert whenever a shell session spawns in a container that is running on a production environment.

In general, direct access to a container in a production environment should be extremely narrow or non-existent, and interacting with processes inside it through an exposed API the norm. When it comes to the design of the container, interactivity will be even less probable based on the limited resources and build file requirements of what capabilities it has.

Immutable containers still have a volatile part in the form of the runtime, which is the core of where the security artifact leftovers will live. Similar to a usual cyber incident response, proper analysis commands that one should attempt to collect or address volatile artifacts first.

A starting point would be to gather these, but not limited to these examples:

Your next step would be to clone the container. Depending on the method of cloning, the chances of loss in the memory or runtime will be high, especially anything not written to disk.

The containment and isolation of a container go hand-in-hand, but are not equal.

The isolation of a container is primarily used to segment an infection spread (lateral movement, exfil, etc.) as well as to create more time and opportunities for analysis to occur. You can do that a number of ways, but two are especially noteworthy:

Containment can only occur if an infection has stopped, and there’s not a possibility of it reoccurring. While isolation is a part of it, before going into the large cloud platforms, it is important to also mention the smaller platforms, i.e., the user’s host. Because most development occurs first on a user host before they start trying it in a bigger cluster, it is crucial to understand how to isolate them as well. The good thing is it is relatively easy to isolate a single host.

The balancing act of prevention measures in place and time to refactor code of the container come into play when it comes to these large deployments of containers.

Take two attack scenarios: code poison and zero-day. Code poison can happen in many ways, one of which could be using an attacker-controlled library. With zero day, it’s important to know if you can identify an attacker similar to Account Take-Over activity to slow the exploitation of the container while the developer is refactoring code?

The figure below shows another scenario as well as the types of response actions needed for it. 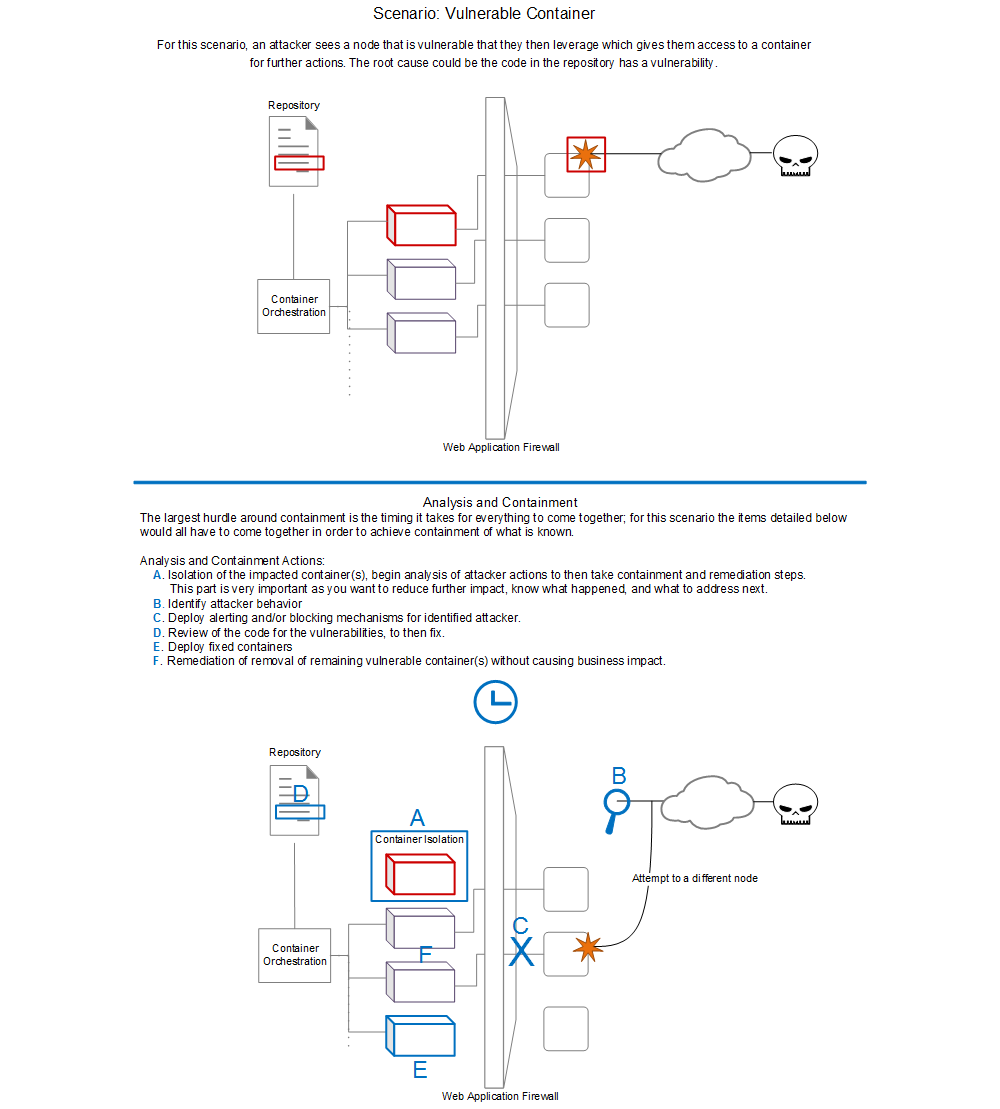 Knowing the beginning of where to start when responding to events around containers is going to be critical for successful containment and remediation. While we’ve discussed a few items here, they only scratch the surface of the advancement that will come in the next few years around container-related incident response.

These generic examples were meant to help readers gain a general understanding of the topic, but there are many more scenarios and technical obstacles that come into play for individual organizations in regard to their cloud and compute infrastructure. That said, applying these basic principles is a good start to finding solutions for the containment of a container. 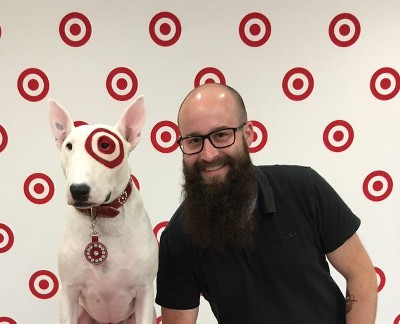 Janine Mechelke
At Target we’re always evolving our business to meet the needs of our guests and team members — which means we’re also always evolving how we build technology. But even though technologists work in an environment that is rapidly changing and advancing, it can often take a long time (sometimes even years) to get to a point where we can retire legacy systems. I wanted to dig into why and explore shimming as a solution to help.